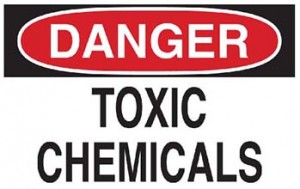 Recently, the VA asked the Institute of Medicine to investigate whether Agent Orange residues left on C-123 Aircrafts could be hazardous. Between the years of 1972 and 1982 Air Force Reserve personnel trained and worked on the Post-Vietnam C-123 Aircrafts that sprayed Agent Orange herbicides during the Vietnam War. According to the Institute of Medicine, “It is plausible that, at least in some cases (which cannot be associated with specific individuals), the reservists’ exposure exceeded health guidelines for workers in enclosed settings. Thus, some reservists quite likely experienced non-trivial increases in their risks of adverse health outcomes.”

To download a full PDF on Post-Vietnam Dioxin Exposure in Agent Orange-Contaminated C-123 Aircraft use this link: https://www.nap.edu/catalog/18848/post-vietnam-dioxin-exposure-in-agent-orange-contaminated-c-123-aircraft

The VA has an extremely strict policy on who can receive benefits relating to Agent Orange exposure. There are two specific guidelines that the VA presumes veterans were exposed to these herbicides and do not have to show service connection to receive benefits.

The VA has a list of presumptive diseases they believe to be connected to Agent Orange exposure; these include:

If you applied for benefits regarding exposure to Agent Orange and were denied, call our experienced veteran disability lawyers 866-866-8387.