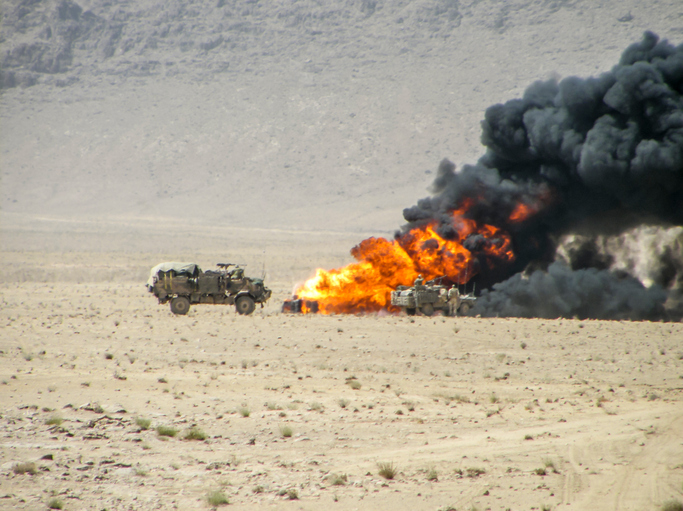 Veterans suffering from illnesses caused by toxic exposure to open burn pits are one step closer to VA assistance, as a bill sponsored by Sen. Amy Klobuchar of Minnesota has passed the U.S Senate. According to a report from CBS Minnesota, “Sen. Klobuchar, who has been working on the passage of the bill for several years, says she is optimistic that the U.S. House will pass the bill and that President Donald Trump will sign the measure.”

Open burns pits were used in Iraq and Afghanistan to dispose of various forms of waste, including computers, batteries, paint, chemicals, aluminum cans and other substances. Burn pits were operated by the U.S. military and by military contractors. CBS states that “At least 100,000 U.S. veterans were exposed to fumes from toxic burn pits during tours of duty in Afghanistan and Iraq.” However, one of the earliest casualties of burn pit exposure was not a service member, but a photojournalist, Amie Muller, a wife and mother of three, who died in February 2017 of pancreatic cancer. Her husband, Brian Muller, continues to raise awareness of the issue through a foundation named for her that helps military families diagnosed with pancreatic cancer.

Sen. Klobuchar’s bill would create a Center of Excellence within the VA to study and treat the health effects of toxic burn pit exposure. Sen Klobuchar believes “the president is on board and the House should pass [their version of the bill].”

The House version, The Helping Veterans Exposed to Burn Pits Act, was introduced in March 2017 by Rep. Elizabeth H. Esty, Democrat from Connecticut, with three co-sponsors: Republicans Peter King of New York and Ryan Costello of Pennsylvania, and Democrat Betty McCollum of Minnesota. The bill picked up 40 more co-sponsors before it was referred to the House Subcommittee on Health on March 27, 2017.

Sen. Klobuchar commented that “[the House has] every reason to want to pass that bill.” Of course, hopeful House members could have been said the same thing about The Blue Water Navy Vietnam Veterans Act, which the House passed unanimously in June, but which could not get through the Senate in August.

At Marcari, Russotto, Spencer & Balaban, we believe it’s high time to move the House bill out of committee and to the floor for a vote. Our veterans deserve better than endless delays and setbacks. Suffering veterans depend on the U.S. Congress to act. Further inaction is simply inexcusable.