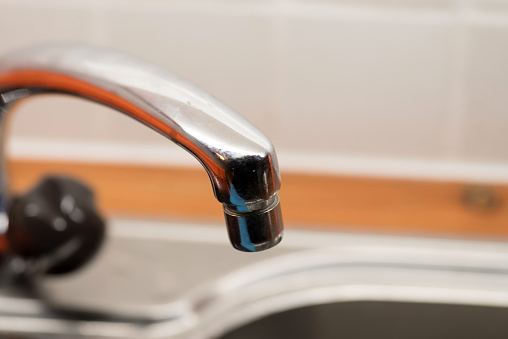 Though it’s too early to draw comparisons with the toxic conditions that existed at Camp Lejeune, another North Carolina base is suspected to be the source of contaminated water, and that contamination seems to be affecting a neighboring community. Atlantic, an unincorporated area of Carteret County, home to about 600 residents, has had two ground wells test positive for industrial chemicals linked to low birth weight, accelerated puberty, cancer, and illnesses of the liver, immune system and thyroid. The affected area lies near Marine Corps Outlying Landing Field Atlantic, a World War II-era facility now used for helicopter training and support of Marine Corps Air Station Cherry Point. As the Navy investigates the source of the contamination, it is supplying drinking water to Atlantic’s residents.

According to a report in Stars and Stripes, the contaminants in question are perfluorooctane sulfonate (PFOS) and perfluorooctanoic acid (PFOA), which “are used to make products more stain-resistant, waterproof and nonstick, and they appear in common household products such as cookware, carpets, food packaging and clothes.” The chemicals are also found in a fire-fighting phone the U.S. Department of Defense (DoD) has used since the 1970s.

This incident would seem to be just one piece in a wider national problem. In a 2016 document, the DoD “identified 393 installations with a known or suspected release of PFOS or PFOA.” Heather Babb, a DoD spokesperson, told Stars and Stripes, “As of August 31, 2017, the military departments have sampled in excess of 2,600 groundwater wells for PFOS/PFOA on 90 installations where they suspect or know there is a release of PFOS/PFOA. Of these 2,600 groundwater wells, 1,621 have groundwater sampling results of PFOS/PFOA exceeding the EPA lifetime health advisory.”

The scope of the problem in Atlantic is not yet known, but as advocates for disabled veterans, we can’t help but think of Camp Lejeune, the U.S. Marine Corps base where an estimated 750,000 service members and their families “were exposed to toxic drinking water from 1957 to 1987.” This disaster led to “legislation in 2012 and millions in payments to families affected by any of 15 illnesses spelled out in the legislation, including a variety of cancers.”

Obviously, there needs to be more pressure put on the U.S. military to be environmentally conscious and to take aggressive steps to discover and remediate contamination. But current and former service members who may be suffering the effects of contamination also deserve to know what has happened. If any have been sickened by contamination they were unaware of, they need to have access to the treatment and benefits they deserve.