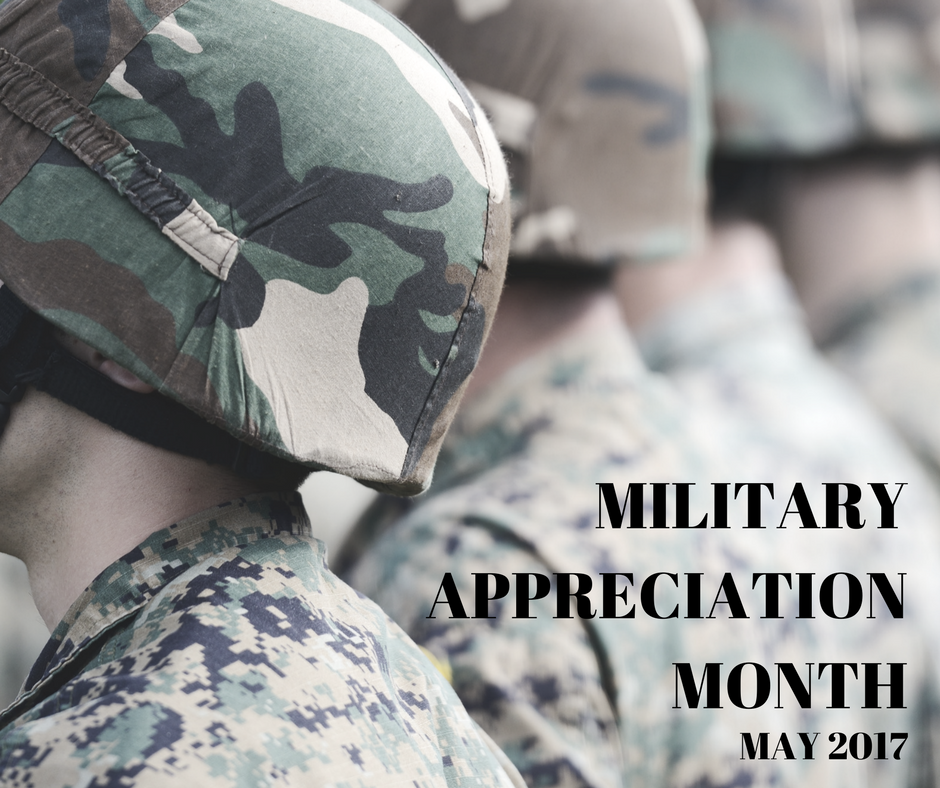 In 1999, Congress passed legislation sponsored by Sen. John McCain, R-AZ, and Rep. Duncan Hunter, R-CA, declaring May as National Military Appreciation Month. Each year, the president issues a proclamation to remind Americans of the vital role the U.S. Armed Forces has played in our country’s history. There are numerous opportunities during the month of May for you and your family to attend an event that honors the U.S. military, including these:

In his proclamation recognizing Military Appreciation Month 2015, Virginia governor Terry McAuliffe noted, “Many Virginians continue to serve on active duty and in the National Guard, and in the reserve components of the United States Armed Forces.” The Commonwealth is currently home to about 800,000 veterans.

Marcari, Russotto, Spencer & Balaban has a deep connection to the military community. Many of our attorneys and staff are veterans who dedicate their careers to helping veterans access the benefits they are entitled to. We hope that you join us in observing NMAM.

If you or a loved one is having trouble with a VA benefits claim, Marcari, Russotto, Spencer & Balaban can help. Call us from anywhere in the nation at 866-866-VETS or contact our office online.