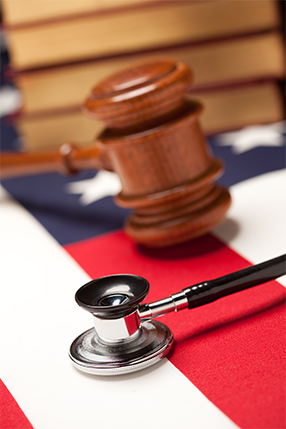 During his presidential campaign, Donald Trump made reform of the VA a significant part of his stump speech, vowing to “make the VA great again.” His talking points emphasized the need for change in three key areas:

Much of this was supposed to have been accomplished with passage of the Veterans’ Access to Care through Choice, Accountability, and Transparency Act in 2014. The Choice Act addressed wait times by giving certain veterans the option to seek healthcare services at non-VA facilities. It also gave the VA secretary enhanced firing powers. President Obama seemed to have found the right man to run the VA in Bob McDonald, a former Fortune 500 CEO and West Point graduate. Still, progress at the VA has been frustratingly slow, leading some VA watchers to fear radical steps from the new administration.

A Politico feature quoted Mr. Trump calling the VA “the most corrupt agency in the United States” and alluded to a suggestion by Trump surrogate Dr. Ben Carson that a federal healthcare system may not be the best way to serve veterans. The article also named Pete Hegseth, former CEO of Concerned Veterans for America, as a potential candidate for the VA secretary position. Hegseth, who supports increased choice for veterans’ healthcare, is seen by some as an advocate of complete privatization.

But does Mr. Trump have to completely re-engineer the VA to meet his policy goals? Writing in The Hill, Chris Neiweem, a legislative associate with Iraq and Afghanistan Veterans for America, suggested a reason why VA Secretary McDonald has not had better results instituting the reforms of the Choice Act under the Obama administration:

“Secretary McDonald urged this Congress to provide the VA Secretary with firing authority —which would finally provide the needed ability to take the first steps required to meaningful reform. After many iterations, when said authority was provided (for example HR 1994 the VA Accountability Act) Secretary McDonald did an ‘about face’ on the issue, and suggested that practice was ‘heavy handed’ and no longer spoke of the need for workforce reform.”

In fact, the VA decided it would no longer use its firing authority under the Choice Act after the Department of Justice ruled it unconstitutional in May 2016. Mr. Neiweem believes that “McDonald could have been successful at fixing the VA had President Obama empowered him to actually fix the workforce issues.”

When we look at the tangled bureaucratic mess that needs to be unraveled at the VA, it’s tempting to think in terms of a chainsaw rather than scissors. But considering the lack of progress over the last two years, perhaps the most radical thing President Trump could do to improve the VA is simply to appoint a capable secretary and then get out of his or her way.

If you or a veteran you love has been denied VA benefits, our accredited attorneys are ready to help. Call Marcari, Russotto, Spencer & Balaban today at 866-866-VETS or contact us online.